Introverted Intuition in “The Shining”

Today I re-watched The Shining (1980), and again it became apparent to me how much this movie has a focus on (supernatural) Introverted Intuition (abbreviated as Ni), in the sense that the protagonist is an Ni lead (INFJ / IEI) and all the foreshadowing and suspense elements in the movie rely on his foresight and visions.

The protagonist is Danny Torrance, the young boy who has the special talent of seeing both what happened in the past and what will happen in the future. 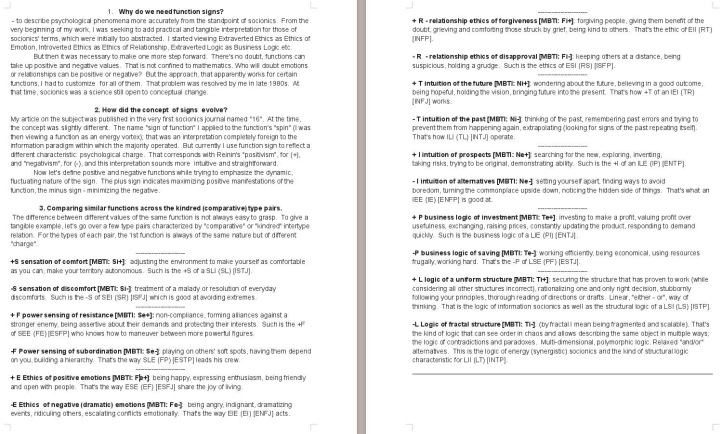 A look into the past, -Ni

A look into the future, +Ni

Note: The IEI’s Ni is primarily +, however the fact that it is strong makes the individual capable of also “employing” -Ni from time to time, as needed.

The only other person who truly understands where Danny is coming from and has the same gift is Dick Hallorann, the cook of the Hotel. He tells Danny how he has termed this talent: the “shine”.

Dick knows Danny’s nickname – Doc – right from the get-go, without anyone telling him about it. He easily picks up on non-verbal cues, and is able to communicate “telepathically” (without words) with Danny, which is a mix of strong Feeling > Intuition.

Apparently, just like Danny, Dick is an Ni lead. In fact, they are Identicals: both him and Danny are Ni-Fe. Like Danny, Dick experiences “shining” moments of having a vision.

The subtle difference, but one that shouldn’t be underestimated, is the one regarding their subtypes. Dick is the Fe subtype, Danny is the Ni subtype. Dick is much more emotive than Danny; and he is much more inclined to change the emotional atmosphere in the room for the better when in the company of other people. (Having said that, his Fe subtype isn’t that strong, 1Fe at most.)

Also, in the course of the movie it becomes apparent that Danny is “more gifted” in the Ni department than Dick is. Even though Dick is capable of foreseeing events,…

Being Ni subtype, Danny’s Ni is stronger, and he foresees that a murder will occur. To be exact, the personification of his Ni – Tony – foresees it.

At last, the ending of “The Shining” emphasizes the cyclical nature of whatever happens at the Hotel will continue happening again; the Caretaker killing his family, and Mr Torrance having been the same Caretaker for decades. One could argue that in his past lives, Mr Torrance managed to kill his family, but because of Danny’s Ni he failed doing so for the first time, and the cycle has been broken.

This would go beyond the scope of this entry, but I got the impression Mr Torrance could have actually been LSE-Si. In that light, it could be interesting to analyze the highly probable Conflict relation between him and his son (it would explain their overly strained relationship), and how Mr Torrance’s Ni PoLR was part of the reason his son was always a step ahead of him. Danny’s mother on the other hand was most likely SEI.

All in all, The Shining is a movie that does explore the manifestations of Ni in quite an intriguing manner. Of course the demonstrated scope of its strength is a bit distorted; in the real world, that kind of supernatural Ni does not truly exist. In subtype strength terms, Danny would be the unique IEI-3Ni subtype individual. I do not believe 3-subtype individuals actually exist in the “real world” (but if you know someone like Danny, please tell me in the comments 😉 )

However, remnants of this Ni “power” can be found amongst regular lead people (in the form of 2Ni or 1Ni subtype) – being able to “foresee” or rather accurately and effortlessly gauge how something will pan out in the future (+Ni), and if applicable with the background of having observed structural time patterns in the past (-Ni).