MBTI vs Socionics – The Conversion Dilemma 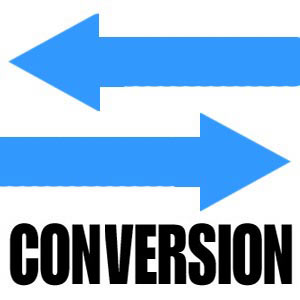 The short answer is: Yes.

The long answer is…

There are three lines of thought when it comes to the MBTI and Socionics type conversion issue.

One belief is that you can convert the types exactly one-to-one with their letter codes. Meaning, ESFP is ESFp (SEE), INFJ is INFj (EII) etc. However, that starts to make little sense when you take into account the functions and Information Elements, where INFJ in MBTI has Ni-Fe, but INFj in Socionics has Fi-Ne as their first two functions.

The second belief is that both systems are entirely incompatible, or at least two different systems that should be dealt with separately. In that manner, you can be ESFP in MBTI and INFj in Socionics. Again, when you consider the functional differences, this does not make much sense. How can someone who is supposedly an Extrovert with the first function being Extroverted Sensing in MBTI be an Introvert with the first function being Introverted Feeling in Socionics? Even if you believe that the functions and information elements are completely or even just slightly different from each other (which is a bit odd, considering  they even have the same names and same source material), that still makes not too much sense.

The third view is the one alluded to in the question, which is the assumption that generally the functions and Information elements are compatible, as in they describe the same things from different angles. For example, Extroverted Sensing in MBTI emphasizes being aware of the sensory external environment, while Extroverted Sensing in Socionics focuses more on the individual being proactive and forceful in that environment (because of that ability of being so well-aware of it).

Consequently, a person who correctly types as ESFP in MBTI will match ESFp (SEE) in Socionics, and INFJ in MBTI will match INFp (IEI), because the first two functions will be the same in both systems (Se-Fi, and Ni-Fe respectively).  This is the view I, and e.g Victor Gulenko and Dario Nardi, subscribe to. 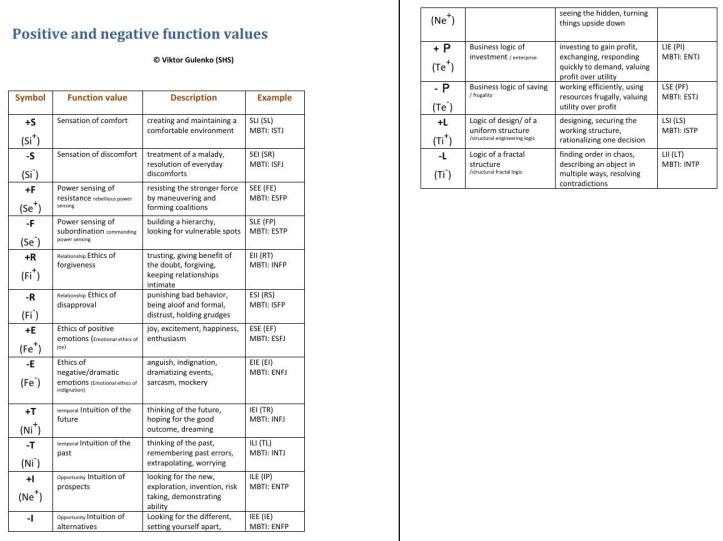 You may argue that it is odd you have to “switch” j/p for the introverts when you convert the MBTI types to Socionics, and that this supposedly proves the systems are incompatible.

It is true that MBTI and Socionics view Judging and Perceiving, or Rationality and Irrationality somewhat differently, or rather, they weigh those aspects differently. Keep in mind that MBTI has mostly been used for typing employees. In that light, it is only natural MBTI would emphasize someone’s Extroverted function and whether that is Judging or Perceiving, because this would have a bigger impact on observable job performance. Socionics is more focused on what an individual is truly like first and foremost, and less how they appear to be on the outside. That is why the individual with Ni-Fe in their Ego is a p in Socionics – their first function being Perceiving; while in MBTI they are a J, because they primarily use Extroverted Feeling, Judging, when impacting the outside world.

You may still be skeptical, and mention how people keep typing themselves differently in both systems. You may even be one of those people yourself.

I suggest you, and/or those other people, are mistyped in one of the systems. Mistyping yourself or others can be easy, and is especially common for the introverted types.

This is connected to the fact that most people identify themselves the most with their first function, unless they are the extroverted subtype – and with introverts, this is problematic, because while their first function determines their j/p in Socionics, it does not do so in MBTI.

That is how a Ti-Se individual could (mis)type as ISTJ or even INTJ in MBTI, and as ISTj (LSI) in Socionics, because they (unconsciously) identify with their Ti, Judging, (and their tertiary/HA Ni) that much. Add to that the issue of the Keirsey Temperaments, where the SP Temperament heavily focuses on Se. Only a Ti-Se individual who has the Se subtype could relate to the SP temperament, and even then it might be a stretch. ESFP and ESTP or SEE and SLE fit rather well into the idea of the SP Temperament, but Fi-Se and Ti-Se individuals often struggle with that, because their first function is Judging/Rational.

This issue could only be solved when the Ti-Se or Fi-Se individual studied the functions in MBTI, and recognized that their first two functions are Ti-Se or Fi-Se, and not Si-Te or Si-Fe. Based on that alone, they will usually accept the SP Keirsey temperament affiliation, even though they cannot entirely feel connected to it.

Personally, I used to struggle with the J in MBTI myself. Now it makes sense why – because I am the Ni subtype as well as Ni lead, I do not relate that much to being predominately a Judging type. I used to wonder whether I was INFJ or INFP for quite a while, until I discovered the functions and learned about Ni and Fe. Since then, I could settle into the INFJ type much more easily. I was certain my first two functions were Ni and Fe, and the type that matched that the most was INFJ, so that is how I accepted being INFJ in MBTI, and later INFp (IEI) in Socionics.

My conclusion and advice is to study and understand the functions and Information Elements, and type yourself according to which type in either system fits your first two functions the best.

This is why the idea of ESFP being ESFp/SEE or INFJ being INFp/IEI is not so much about converting one type to the other, but rather about finding the type that matches your first two functions the most/best.

P.S: That’s why I would like to introduce the method of simply stating a type via their first two functions, like saying you are Ni-Fe, opposed to having to deal with the issue of INFJ vs INFp and confusing people of either system.